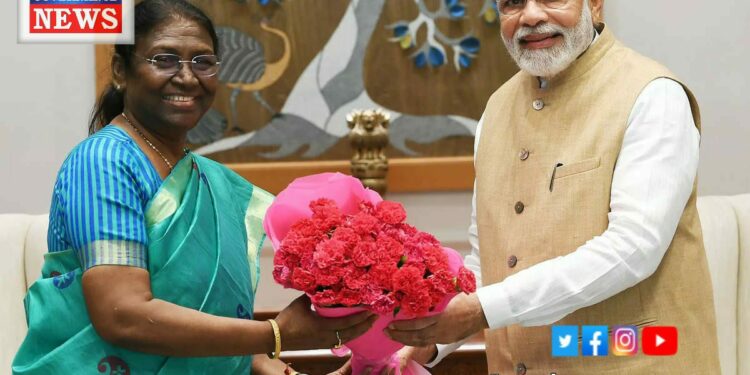 New Delhi: Draupathi Murmu, who started her political career as a councilor in Odisha, is India’s first tribal president. She is blessed with the fame of being the second female President.

Draupadi Murmu, former governor of Jharkhand and BJP-led NDA presidential candidate, won a comfortable victory over opposition candidate Yashwant Sinha, who built up many supporters during her campaign.

Draupadi Murmu, the 15th President of India who will take over from Ram Nath Kovind at the age of 64, will be India’s youngest and first President born after independence. Murmu will take oath on July 25.

Murmu is believed to be a lowly politician, deeply spiritual and a keen practitioner of the meditation techniques of the Brahma Kumaris. She embraced spirituality after losing her husband, two sons, mother and brother in just six years between 2009-2015. BJP leader and Lok Sabha member Basant Kumar Panda said Murmu was a deeply spiritual and soft-spoken person.

In a television interview in February 2016, Murmu described a turbulent moment in her life when she lost her son in 2009. I was blown away. I was depressed. After my son’s death I had sleepless nights. Murmu had said that when I visited the Brahmakumaris, I realized that I had to live for my two sons and my daughter.

She has not made any public statement in a month since he was nominated as the NDA’s presidential candidate on June 21.

Born in the tribal Santal community of Odisha state, Murmu started his career as a councilor from Rairangpur Nagar Panchayat in 1997. She was a minister in the BJD-BJP coalition government in 2000. Later in 2015 he became the Governor in Jharkhand Government. She was a two-time MLA from Rairangpur Assembly Constituency. In 2009, when Chief Minister Naveen Patnaik’s party BJD left the BJP alliance, Murmu was an MLA.

Coming from a poor tribal family in a village in Mayurbhanj district, a backward district of Odisha, Draupadi Murmu completed her studies despite challenges. He studied at the Sri Aurobindo Comprehensive Education Centre, Rayangpur.