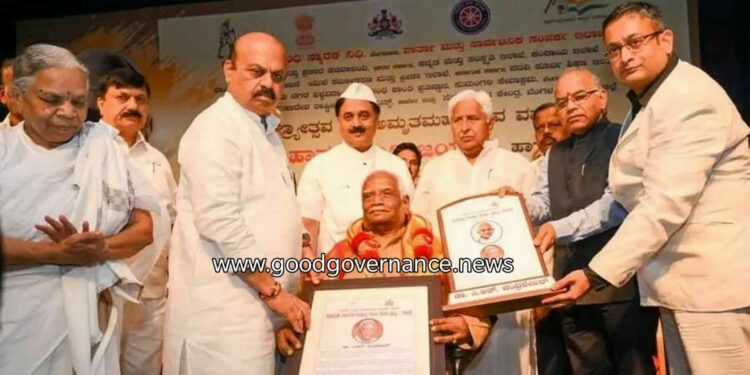 The Chief Minister inaugurated the Mahatma Gandhi Jayanti program held today at Mahadev Desai Hall of Gandhi Bhavan in the city under the auspices of Information and Public Relations Department and Karnataka Gandhi Memorial Fund.

On this occasion, well-known Psychiatrist Dr. CR Chandrasekhar was awarded the prestigious 2022 Mahatma Gandhi Seva Award by the state government.

The CM said that steps will be taken to provide land and grant for the construction of Gandhi Bhavan in the remaining seven districts.

Special measures will be taken to give more emphasis to Khadi, rural industry; Chief Minister Basavaraja Bommayi, who said that the market will be provided through this, expressed his happiness over the awarding of the well-known Psychiatrist Dr. CR Chandrasekhar and said that our government will use his services.

Corona Fluctuation: 60 in Bangalore and 127 people in the state are corona positive and One death!

Corona Fluctuation: 60 in Bangalore and 127 people in the state are corona positive and One death!