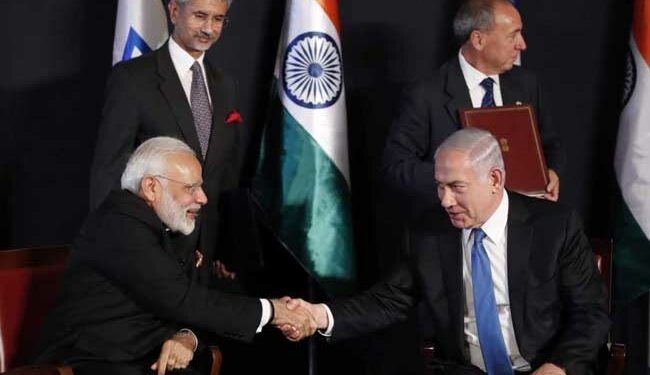 Prime Minister Narendra Modi on Saturday said there cannot be a better time to set new goals for taking forward India-Israel relations and asserted that the importance of the relationship has increased amid significant changes in the world. In a special video message on the completion of 30 years of full-fledged diplomatic relations between India and Israel, Modi said people of India and Israel have always shared a special relationship.

“This day holds importance in our relationship as full diplomatic ties were established between the two countries 30 years ago. A new chapter between the two countries had begun. It was a new chapter but history between us is age-old,” he said. “For centuries, the Jew community has stayed in India in a harmonious environment without any discrimination and has grown. It has made an important contribution in our development journey,” Modi said.

At a time when significant changes are taking place in the world, the importance of India-Israel ties has further increased, he asserted. There cannot be a better opportunity than now for setting new goals for mutual cooperation when India is marking 75 years of its independence, Israel will mark 75 years of its independence next year and the two countries are marking 30 years of their diplomatic ties, Modi said. “On this important milestone of 30 years, I congratulate all. I am confident that India-Israel friendship will continue to set new records of mutual cooperation in the decades to come,” he said.

Kerala named ‘The Most Welcoming Region’ for the 4th time

Kerala named 'The Most Welcoming Region' for the 4th time