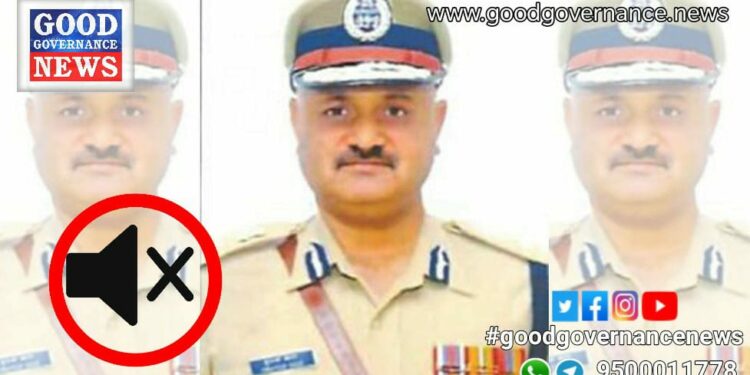 Bangalore: State Police Chief Praveen Sood has ordered all district police chiefs to strictly adhere to the High Court order on religious institutions, temples, churches and mosques in the state.

DG and IGP Praveen Sood, who issued a memo to all police commissioners, IGPs and SPs on Tuesday, referred to a writ petition filed by the High Court on noise pollution. In it, the High Court said that the order should be strictly followed. DG and IGP Praveen Sood said it has been suggested that religious centers, pubs, nightclubs or any other association or organization that violate the Noise Pollution (Permission and Control) Act 2000 may be prosecuted.

At the behest of the state police chief, the district police chief has started inspecting the sound levels of loudspeakers placed in religious places. The state pollution control board is checking the noise levels from the equipment provided and whether it is within permissible limits.