by Charles
in Latest, World
0 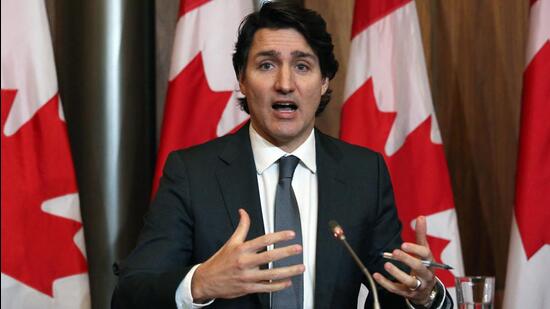 The formation of the CHCC was welcomed by Canada’s Prime Minister Justin Trudeau in a message to the organizers delivered at the inauguration of the Chamber. A group of entrepreneurs have joined together to form a new organization, Canadian Hindu Chamber of Commerce (CHCC), which is aimed at the “unification of Canadian Hindus and their economic interests”.

The formation of the CHCC was welcomed by Canada’s Prime Minister Justin Trudeau in a message to the organizers delivered at the inauguration of the Chamber.

In his message, read out by Liberal Party MP Chandra Arya, Trudeau said, “The Hindu community has made important contributions to the Canadian business landscape and I’m sure the Chamber of Commerce will become an indispensable forum for representation, development and improvement.”

The directors of the new Chamber belong to various parts of Canada and have roots in several states of India, as well as Bangladesh, Sri Lanka. It will also represent businesses of community members who have immigrated from the Caribbean, Nepal, Pakistan, Southeast Asia and elsewhere.

The organizers’ objective behind formation of the Chamber is to provide “unified and effective representation” to Hindu businesspersons.

Also extending their congratulations via video messages on the creation of CHCC were Leader of the Opposition and Conservative Party leader Erin O’Toole and the Premier of the province of Ontario Doug Ford.

Trudeau also congratulated the organizers for the commitment in putting together CHCC despite the last two years being “exceptionally challenging” due to the Covid-19 pandemic.

The Board of Directors of CHCC is led by its president Toronto-based Naresh Chavda.

The inaugural event was virtual due to the constraints imposed by the latest wave of the coronavirus crisis. Those in attendance included representatives from three levels of government in the country, including MPs Arya and Melissa Lantsman, Ontario’s Associate Minister of Small Business and Red Tape Reduction Nina Tangri, and Mississauga councillor and former provincial Cabinet Minister Dipika Damerla.