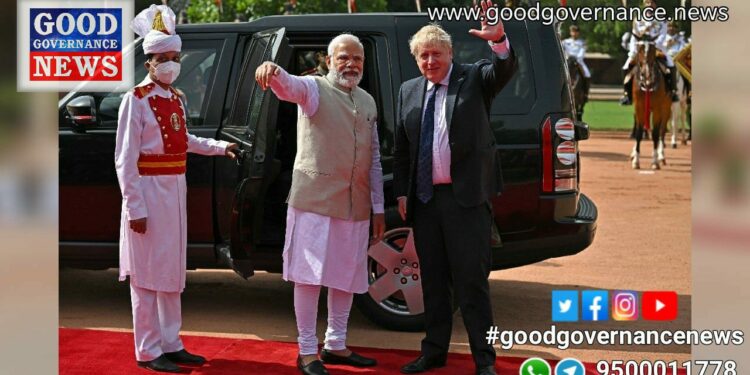 New Delhi: In the wake of the rapid geopolitical turmoil, Prime Minister Narendra Modi and Britain’s Prime Minister Boris Johnson have agreed to a new and expanded India-UK defense partnership on Friday, pledging to complete an ambitious free trade agreement by year’s end.

On the second and final day of his visit to India, Boris Johnson said Britain was creating an Open General Export License (OGEL) for India to “cut bureaucratic interference and supply time” for defense product purchases following extensive talks with Prime Minister Modi.

The two countries have decided to work together to address new threats related to security in the five sectors, including land, sea, space and cyber security. The British Prime Minister said he would cooperate fully in the development of new technology and warplanes to overcome the dangers posed by the Indian Ocean.

“Today, we have embarked on a new and expanded defense and security partnership. The relationship between India and England is better than ever. We have decades of commitment to support Narendra Modi’s Make in India (defense),” said Boris Johnson.

Referring to the Free Trade Agreement (FTA), the Prime Minister of Britain said that both sides wanted to complete the deal before Diwali in October.

Recruitment 2022: Vacancies for accountants in Karnataka

Recruitment 2022: Vacancies for accountants in Karnataka