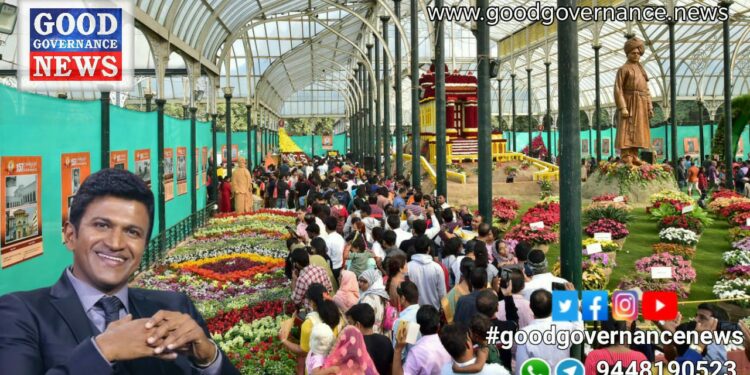 Bengaluru: Horticulture Minister Muniratna said that the Lalbagh Independence day flower show will be held from August 5 to 15 at the famous Lalbagh in Bengaluru and will be inaugurated by CM Basavaraja Bommai on August 5.

In a press conference at Vikas Soudha, he informed that the flower show will be held in compliance with the Covid rules. After August 15, there was a discussion about continuing for a couple of days. Actor Late Puneet Rajkumar is being nominated for this flower show. He said that flowers have been brought from abroad for this flower show which is being held in the name of Puneeth Rajkumar.

Special of the show: Puneeth Rajkumar and Gajanur’s house is special in the fruit flower show this time. Lalbagh flower show was not held for last two years due to covid. But this time on August 15, we are doing more than what we used to do in the past, he said.

The minister spoke about the loss of horticulture crops due to rain in the state and the officials are bringing a complete report. After the report, we will provide the necessary assistance to the farmers. He promised that we will stand with the farmers honestly.