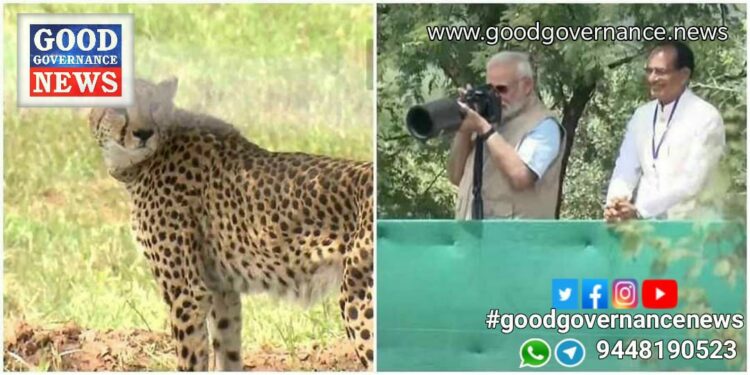 Madhya Pradesh : Prime Minister Narendra Modi today released a cheetah brought in a special flight from the South West African country of Namibia in Kuno National Park in Madhya Pradesh. After releasing 8 cheetahs in Kuno Park, the Prime Minister celebrated by capturing them on camera as they frolicked.

With this, 5 female and 3 male Namibian cheetahs are being reintroduced to India after almost 7 decades. Special care arrangements have been made for cheetahs in Kuno Park. He is kept under intensive care for about 3 months. It will be seen whether it adapts to the environment here.

This is a new effort of the government in India’s wildlife protection, if the cheetahs adapt to India, it will help the next generation to see the cheetahs.