by Charles
in Elections, Tamil Nadu
0 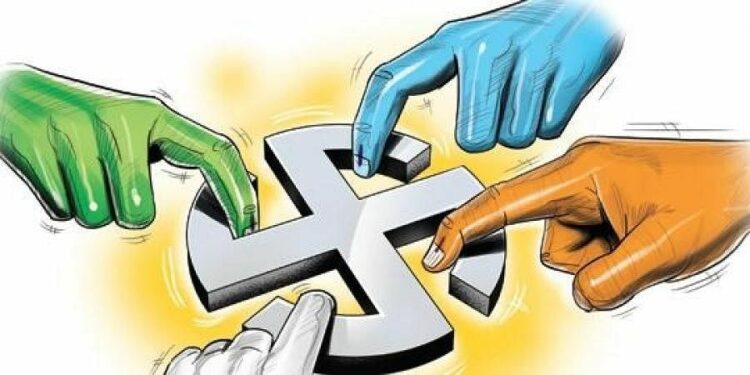 CHENNAI: Political parties in Tamil Nadu on Wednesday favoured single phase election to the urban local bodies and deployment of paramilitary forces for the smooth conduct of the poll.

Opposition parties including the AIADMK besides the ruling DMK opined, at a consultative meeting chaired by Tamil Nadu State Election Commissioner (SEC) V Palanikumar, here, that the poll should be held on a single day.

The representatives of about 11 recognised political parties, which participated in the meeting, also wanted the SEC to hold the election in strict compliance with the government COVID-19 safety norms.

The Election Commission has planned to hold elections to 21 corporations, 138 municipalities and 498 town panchayats across Tamil Nadu.

Meanwhile, Municipal Administration Minister K N Nehru said the Tamil Nadu government is prepared to hold the elections and that it had already communicated to the SEC about the possible election dates.

Speaking to reporters after inspecting a railway overpass here, he said, “it is up to the Election Commission to announce the elections schedule.”

The AIADMK and its ally the BJP urged the commission to draft the central paramilitary forces for the smooth conduct of the polls and also deploy them at sensitive booths.

“We have sought a clarification from the commission on the campaign timings as it would be difficult for party members to return home after campaigning till 10 PM, during this pandemic time,” AIADMK leader Pollachi V Jayaraman told reporters. Ahead of the polls, which is likely to be held in February after a gap of six years, the SEC had finalized the voters’ list.